This months subject is about how customers and contractors are describing Quartzite. For us who sell it or have years of experience with stone, it seems pretty elementary. Yet for most people out there, it’s a little confusing. Confusion causes misunderstanding and misunderstandings cause problems, and problems cause loss to our bottom line, and who in their conservative right mind wants that? There are three common surfaces that are often misdescribed; they are Quartzite, Quartz, and Engineered Quartz. Let’s try to describe these different materials accurately and simply. Here are three photos of each. 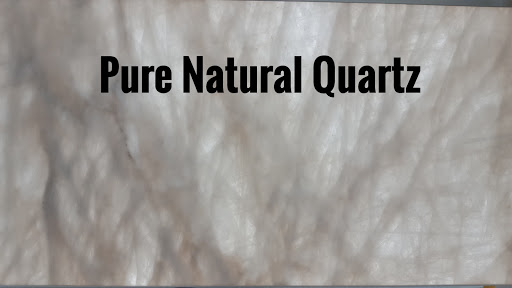 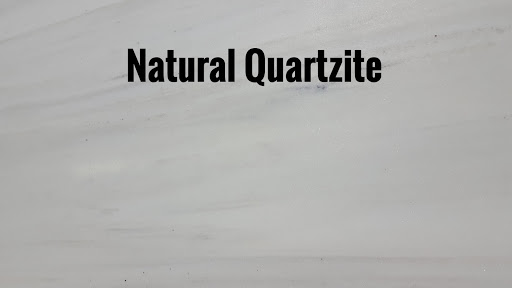 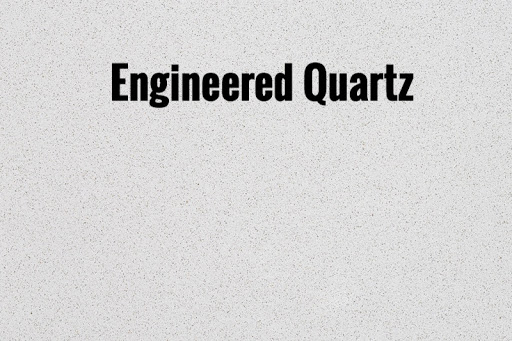 Visually, these materials may appear similar but inherently they are significantly different.


Quartzite is a nonfoliated metamorphic rock. Foliation in geology refers to repetitive layering in metamorphic rocks. Each layer can be as thin as a sheet of paper, or over a meter in thickness. The word comes from the Latin folium, meaning "leaf", and refers to the sheet-like planar structure. It’s composed almost entirely of quartz. It forms when a quartz-rich sandstone is altered by the heat, pressure, and chemical activity of metamorphism. These conditions recrystallize the sand grains and the silica cement that binds them together. It is a very hard stone and equally porous. We have seen it used as landscape pavers as a rough slate like finish for years and now we see amazing quarried slabs being used in homes across America..


Quartz is among the most common of all rock forming minerals and is found in many metamorphic rocks, sedimentary rocks, and those igneous rocks that are high in silica content such as granites. It is a common mineral which looks like a white translucent vein running across the slab. Natural Quartz is most noticeable by its opaque white, pink, or yellow translucent appearance. We have seen these raw minerals used as decoration and jewelry.  It’s very hard and not at all porous. It looks nothing like Quartzite in its translucent state. I would compare the look more to white onyx. In almost all applications it's highly polished and rarely honed. I couldn’t tell you a time I seen it honed except when we honed it ourselves at PGS. Being a hard mineral, it took twice as long to hone than most granites.

Engineered Quartz is man-made and can include natural minerals and glass that appear similar to Natural Quartz but there’s nothing in its composition that compares to Quartzite or Natural Quartz formation.  Engineered Quartz has approximately 90% crushed stone quartz, the rest of the countertop is composed of resins, polymers, and various types of pigments. This mixture creates a very durable artificial rock without pores or cracks similar to natural stone.  Its very hard and does not absorb liquids easily. And unlike stone, it’s very uniform in pattern and the colors range from white to black.

So What's The Confusion?

When we describe the characteristics, there appears to be almost nothing in common with the three products but when the end user is describing their stone, they often refer it in the single term, Quartz. Many customers tell us they don’t even know what they actually bought and that can impact what they read online or what someone may recommended to them, or worse, someone's opinion without the facts!

It may not seem a big issue but the one concern I have is that customers think they received one thing and yet received another. Most people who purchase Pure Natural Quartz are pretty sure what they received because it is one of the most expensive and unique of all the natural stones. It is very rare I see Bubba the plumber purchasing Pure Quartz, or Mark the Stone Restorer for that matter. So most people will not be referring to Pure Natural Quartz when they may have purchased engineered quartz or Quartzite.

There are two distinct characteristics of Natural Quartzite being presented in the stone industry and there are two others that you need to be aware of. The most common description of Natural Quartzite is that it is very hard and very dense, meaning it doesn’t scratch easily and it’s not porous. Almost every person I hear from describes it that way. But there is a small percentage of very Soft and very Porous Quartzites. Porous Quartzite is more prominent and therefore should be sealed with a quality sealer to prevent staining.. The unknown issue is softness and how easily it scratches. Soft Quartzites such as Sequoia Brown scratch as easily as soapstone! (I will describe soapstone on a future newsletter.) You should always do a scratch test on the slab prior to purchase or selling to ensure it meets the expectations of the customer. Soft Quartzites usually have scratches near the bottom of the slab caused by the slabs rubbing together when set on the A-frames.

So now onto Engineered Quartz. Why do so many people describe Engineered Quartz as just ‘Quartz’. In my un-humble opinion it’s because we are lazy and because the manufactures marketed it that way. Back to laziness. We call documents, ‘Docs’. We say ‘Merch’ instead of merchandise. We now use abbreviated words, acronyms, and send text ‘emojis’ to describe words or concepts, or ‘feelings’.  (Don’t get me started! 😩).

I have been explaining the differences of Quartzite, Pure Quartz and Engineered Quartz to our customers and if I was selling or installing stone to clients, I would say something like the following.

“Whenever we use the word “Quartz” it’s important to distinguish the three most commonly examples of it.  The first thing to do is to separate the natural from the man made. Man made Quartz is called either Engineered Quartz or Engineered Stone; if you desire a consistent homogenous appearance with no natural veining, then Engineered Quartz is your product. The second type of Quartz is Pure Natural Quartz which is very translucent similar to white onyx, and very costly; if this describes your stone then it is Natural Quartz. The only other option is Natural Quartzite which usually has light gray / beige colors and veining running in parallel directions. It can be very porous therefore it will require sealing. We recommend you call a stone specialist if you want your samples tested or to determine exactly what type of material it is.”

I am quite aware most of you have your own comments or descriptions of Quartz and I would be a fool to think that my description covers all aspects of the term Quartz or was adequately explained in this Newsletter. I just keep hearing the same comments over and over and I wanted to share my perspective and I truly hope it helps you discuss some mis-understandings and also come up with ways your team can more accurately describe Quartz to your clients. Together we can educate our customers on exactly what they are purchasing prior to installation. Ironically while typing this up, I just received an email regarding an installation of Quartzite where there is heavy scratching and everyone involved is dumbfounded. I hope this wasn’t you, but if it was, let’s figure it out together!

Pass this useful information to your staff and everyone associated with the stone industry. Let us know if you want to be added to our Monthly Education Newsletters. Do you have a topic that the industry needs to know about? Email it to me: mark@perfectgranitesolutions.com